You are here: Home / Vol 1 |Issue 1| July- Sep 2015 / Classifications of Supracondylar Humerus Fractures: Are they Relevant?...

Gartland/ Wilkins Modified Gartland’s classification
Gartland4 described his classification of extension type supracondylar fractures in 1959 according to degree of displacement into three types- Undisplaced, minimally displaced and displaced. However this classification was described to be too simplistic and as such was modified by K. Wilkins in 1984 (Fig 1) [5,15] with much more elaboration and explanation. In this classification, Type I fracture was undisplaced or minimally displaced such that the anterior humeral line passes through the centre of the ossification centre of the capitellum. Type II fracture had an obvious fracture line with displacement of the distal fragment. The anterior humeral line passes anterior to the capitellum. The anterior cortex is disrupted but the posterior cortex is still intact. The direction of displacement may be directly posteriorly or angulated medially or laterally and there may be a rotatory component. Type III fractures are those which are significantly displaced with no cortical contact with either posteromedial or posterolateral displacement. For ease of understanding, Wilkins also subclassified type II and III fractures into A (without rotation) and B (with rotation). A general protocol for management was put forth by Gartland according to the types with Type I fractures being immobilized with a long arm cast in about 75-80o of flexion. Type II and stable type III fractures were treated with manipulative reduction under anaesthesia and long arm cast while unstable type III fractures were treated with skeletal traction through the olecrenon with the elbow in extension (k-wire fixation was not the standard or care at that time). Since the concept of “stability” as described by Gartland was very vague, Wilkins described the component of rotation in the decision making process. He said that Type II fractures without rotation (Type IIA) required only manipulative reduction and long arm cast, while those with rotation (type IIB) required closed reduction and k-wire fixation and as such need to be dealt with like type II injuries. A modification of the Wilkins classification was described by Leitch et al in 2006 where multi-directionally unstable fracture was described as type IV(Fig 2) [16,17]. This type of fracture is unstable in both flexion and extension and is a high energy injury which results in circumferential loss of the periosteal hinge which helps in maintaining reduction in type II and III injuries. The treatment of these type IV injuries is very challenging and various authors have recommended their own modifications of k-wiring techniques for the same. The Wilkins modification of the Gartland classification though very simple and elegant, was not universally accepted due to problems with its reliability and reproducibility especially in type II and type IIIA injuries. There have been many studies describing the inter- and intra-observer variability of the modified Gartland classification. Heal et al [18] in their article found poor interobserver reliability in type I and only fair to moderate reliability in type II injuries. As expected, type III and flexion type injuries had good to very good inter-observer reliability. Another study by Barton et al [19] showed moderate to good inter- as well as intra-observer reliability though they said that 10% of the time, the second reading by the same person is different and they concluded that “this makes treatment recommendations based on only fracture types imprecise.” These studies led to the search for newer and better classifications which do not have the disadvantages of the modified Gartland’s classification while still retaining its simplicity. 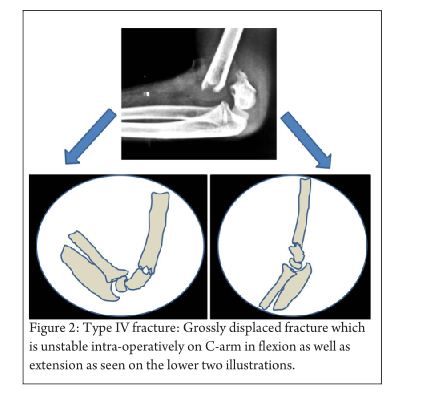 Lagrange and Rigault classification
Lagrange and Rigault [11] described this classification in 1962 and since then it has become the most widely used classification system in France and other French speaking countries (Fig 3). It has divided extension type supracondylar humerus fractures into 5 types- Type I- undisplaced fractures involving primarily the anterior cortex of the humerus. Type II are fractures which involve both the cortices but with little or no displacement. Type III fractures are displaced fractures but in which there is some contact between the proximal and distal fragments. Type IV fractures are severely displaced with no contact between the proximal and distal fragments. The last type, type V fractures are basically meta-diaphyseal fractures (high supracondylar fractures) which are quite unstable. Since the Lagrange and Rigault system is used in only a few countries, there have been very scanty literature about the reliability and reproducibility of this system. De Gheldere et al in 2010 [12], discussed about the reproducibility of the classification and found good inter- and intra-observer reliability, though in the similar range of the Gartland classification. So what is the need for these two classifications and what is the difference between the two? Most clinicians feel that type I Gartland is the same as Legrange I and type III Gartland is the same as type IV Legrange. The types II and III of Legrange classification are similar to type II of the Gartland in some cases and type I and type III in some cases and that has in fact added to the confusion in classifying and treating these injuries. 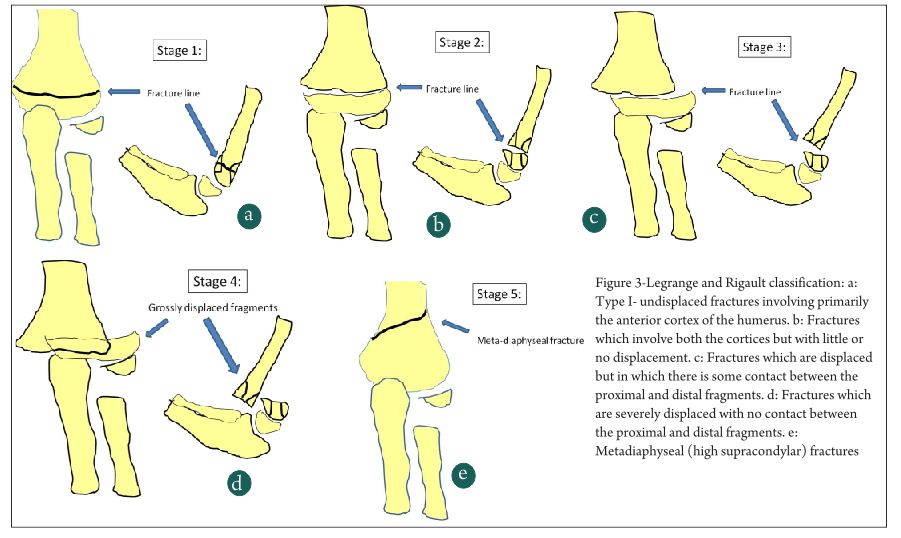 AO displacement based validated classification
Looking at the shortcomings of the two main classification systems, the AO group put forth a classification system in continuity with the AO paediatric long bone fracture classfication which was being developed (Fig 4). They planned to design a simple but clinically relevant system which is standardised , validated and reproducible. Lutz et al [13] with a group of six experienced paediatric orthopaedic surgeons at five different centres validated this method and put forth their findings in their article in 2011. According to Lutz et al, they got good to very good diagnostic accuracies as well as reliability with this classification. The feature of this classification was that there was some importance given to the AP view also as against the Gartland classification where most of the stress was on the lateral view. The classification is as follows:
Grade I: Incomplete fractures: Here the Rogers (anterior humeral line) Line was intersecting the capitellum and there is not more than 2 mm of varus valgus angulation on the AP view.
Grade II: Incomplete fracture but with angulation: This corresponds to the type II injury of the Gartland’s classification but with more elaboration. Here the Rogers line fall anterior to the capitellum. The size of the capitellum is defined by drawing a circle with the diameter equal to the shaft of the humerus and placing that circle over the capitellum. There is also more than 2 mm of varus-valgus angulation on the AP view.
Grade III: Complete fractures: There is no bony continuity but still some contact between the fracture fractures irrespective of the type of displacement.
Grade IV: Complete fractures: There is no bony continuity and absolutely no contact between the fractured fragments. There is significant bony shortening and overlapping of fragments.
This classification system was extensively evaluated by a group of experienced paediatric orthopaedic surgeons and found to have excellent inter- and intra-observer reliability. The addition of grade III also seems to have precluded one of the main concerns about the Wilkins-Gartland classification, which was that there are some fractures which are more displaced than grade II fractures but less displaced than grade III fractures.The AO classification definitely goes a long way in making a standardized reliable and relatively easy to use system for supracondylar humerus fractures. However it still has some shortcomings. The most important is probably those fractures which are grossly rotated, which appear less displaced than conventional type IV (according to AO classification) and as such are classified as type III in the AO classification. These fractures are sometimes even more difficult to reduce than severely displaced type IV fractures. Hence to classify them as lower than type IV fractures may be fallacious. The other issue is that there are some characteristics about each fracture pattern which are much more important than just simple types or grades of fractures in deciding the prognosis of that particular pattern. Characteristics like coronal and sagittal plane angulation, obliquity of the fracture and level of the fracture are very important and as such have been proved to have a definite impact on the eventual healing of the fracture. With such a view in mind, an excellent classification has been put forth by Bahk et al [3] which elucidates these points.

The “pattern-based” classification: (Bahk et al)[3]
Bahk et al in 2008[3], retrospectively evaluated more than 200 cases of various patterns of supracondylar humerus fractures and classified them according to their fracture patterns (Fig 5). Accordingly four coronal plane patterns (typical transverse, medial oblique, lateral oblique and high fractures) and 2 sagittal patterns (low sagittal and high sagittal) were described. With the help of these patterns, it becomes very easy for the practicing clinician to understand the severity of injury, the possibility of communition, the chance of complications like rotational mal-alignment and extension mal-union. Medial and lateral obliquity of the fracture also helps to decide on the pin configuration as a medial oblique fracture is amenable to medial pinning while lateral obliques and transverse fractures are very stable with lateral-only pinning. High supracondylar fractures require medial and lateral cross pinning. The authors also have quantified the obliquity of the fracture planes on coronal and sagittal views and have said that coronal obliquity of more than 10o and sagittal plane obliquity of more than 20o are associated with more complications. Hence any fracture which falls beyond 10o coronal and 10o sagittal obliquity needs additional stability in the form of a third pin or cross pins. This fracture was relatively easy to use, simple and was found to have excellent reliability in inter- and intra-observer studies. 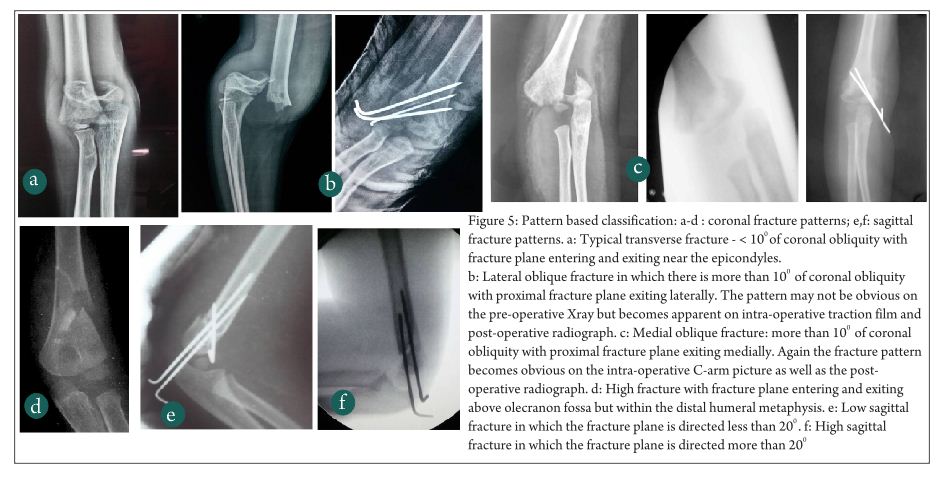 Further imaging and future trends
The basic fallacy of most of the current classification systems for supracondylar humerus is the difficulty in getting a proper true AP and Lateral view in a child in tremendous amount of pain. There is always some component of rotation which precludes taking a proper Lateral view and hence any classification which is based only on plain radiographs is theoretically likely to be prone for errors. Hence, some authors have endeavored to evaluate these fractures by multi-slice CT scan. According to Douira- Khomsi et al, the 3-D spiral CT scan gives a much better understanding of the fracture patterns including the rotational component which may be missed on the plain radiograph. This method enabled them to describe 3 different types of partially displaced supracondylar humerus fractures- sub-type I- only the anterior cortices of the 2 columns are completely fractured, sub-type II- fracture of the anterior two and one posterior cortex of the medial cortex and type III- three cortices are fractured with the posterior cortex of the lateral column being involved. However, the authors of this article are quite clear that this classification is still not completely validated and needs to be confirmed on further studies with a larger set of patients as well as more number of investigators in order to test its inter-observer reliability. This method, with the easier availability of CT scans as well as the faster process of performing a CT, certainly has a promise for the future and may result in a simple, accurate and 3-dimensional classification which may find general acceptance. 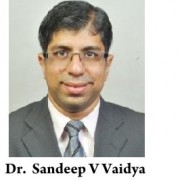 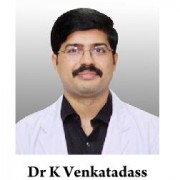 Pink Pulseless hand – Evaluation and Decision making: Is there a Consensus? 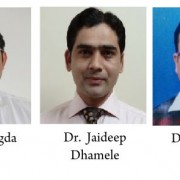 Clinical and radiological features and Classification of Slipped capital femoral 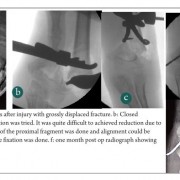 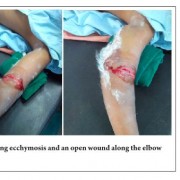 Open reductions of Paediatric Supracondylar Humerus Fractures- When, How and, Risks

Validation of Catterall Classification in the Management of Legg-CalvePerthes Disease